glasfen posted on the OCReMix forums:

Yesterday, Game Informer posted an article on the Pilotwings franchise,
trying to entice Nintendo to produce a Wii generation version. At the
very end, they mention the style of music which should be included in a
new rendition of the series, highlighting OCR’s very own (and only
Pilotwings mix) Midnight Altitude.
Congrats for the exposure, jcd!

Here’s a link to the article. 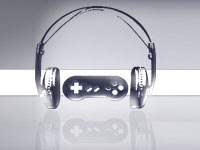