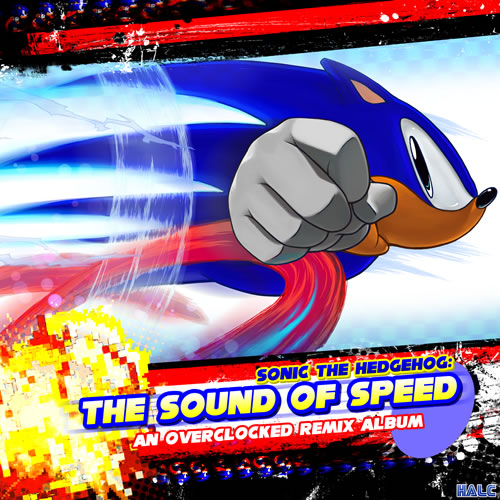 Today, OverClocked ReMix released the Sound of Speed, a free tribute album to the music of Sonic the Hedgehog. It’s been nearly 20 years since Sega released the first Sonic the Hedgehog game, and the music of the series continues to resonate throughout video game music history. This marks the 3rd time that the OverClocked ReMix community has tackled the Sonic franchise, the first time with Hedgehog Heaven, the Sonic 2 ReMix album, and then again with the Sonic & Knuckles 3 remix album ‘Project Chaos’.

Director Drew Wheeler (aka video game remixer halc) had this to say about the project:

“Sonic the Hedgehog. Possibly the first video game I ever played. To this day, I still enjoy speeding through the game once in a while, humming to the music all the while. Popular as it may be, its soundtrack is somewhat overlooked in the VGM arrangement world in comparison to the later Genesis installments. But no more!

Earlier this month ThaSauce community released a concept album in the style of music from the original Sonic the Hedgehog games.

Download both Sonic the Hedgehog: The Speed of Sound, and Fasto the Speedhog 2: Sonic Concept Album presented by ThaSauce today and treat yourself to an afternoon of nostalgic FM mayhem.