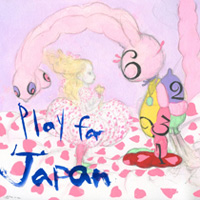 In a wonderfully heartfelt response to the devastating tragedy that tore through Japan on March 11th, Akira Yamaoka has reached out and organized a benefit album with one simple, inspiring message in mind: â€œJapan is not alone.â€ Aptly entitled Play For Japan, Yamaoka hopes to reach out to those affected by both the tsunamis and Tohoku earthquake as well as raise awareness of Japanâ€™s invaluable contributions through technology, entertainment, and culture.

Yamaoka has also expressed his own concern of bringing together game and music enthusiasts alike through Play For Japan: â€œIn the videogame industry, composers like myself are responsible for engaging the player through music. Music, too, creates bonds, inspiring listeners to share their passion with others. In this spirit, many gifted composers, musicians and artists â€” from East and West â€” have come together to record a benefit album. For creators whose role is to inspire, itâ€™s only fitting we come together, across borderlines, for those in need.â€

Out now on the iTunes Store in the United States, United Kingdom, and Canada, Play For Japan will become available worldwide on July 15th through iTunes and Amazon. 100% of the proceeds will go towards the relief efforts in Japan. If not for Play For Musicâ€™s inspirational message alone, we hope you take your time out to definitely press play for Japan.