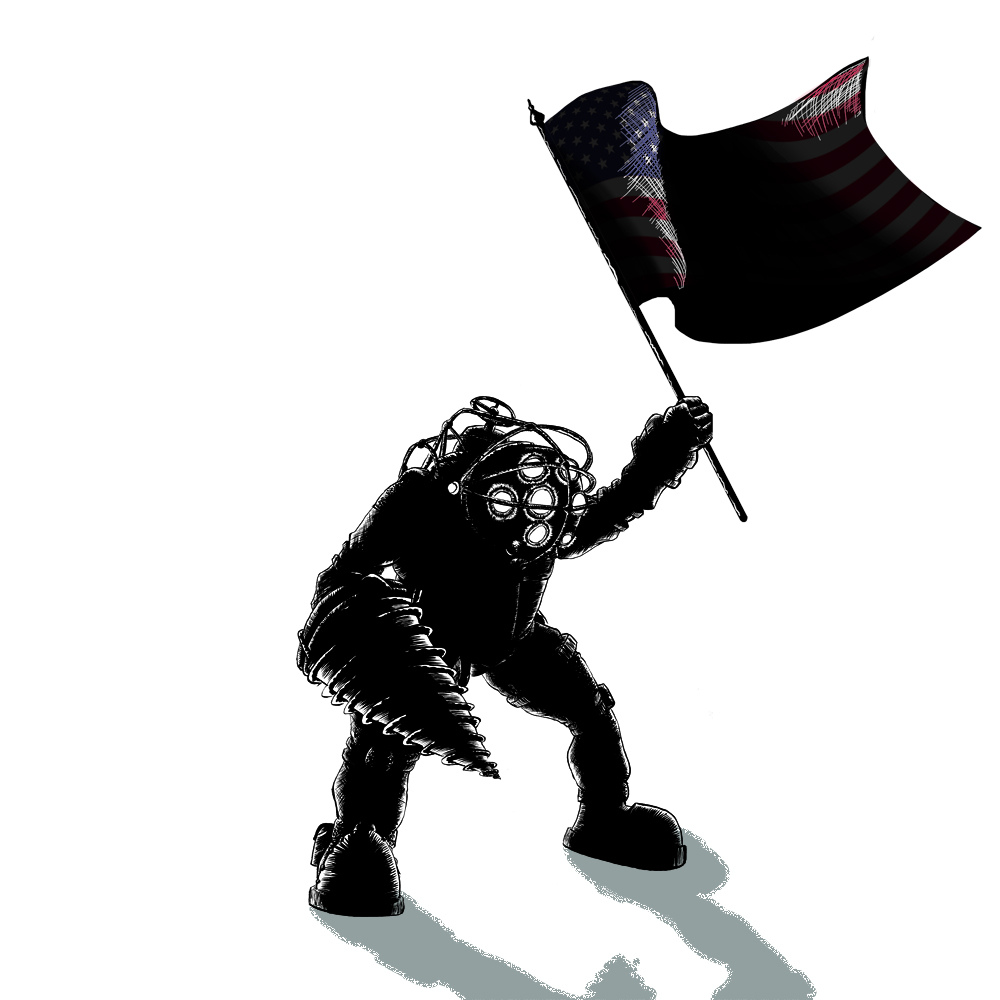 Here at ThaSauce, we aim to advocate great releases that are often overlooked for the sake of promotional commercialism that continues to viciously saturate most video game news sites. That being said, we couldnâ€™t stop ourselves from talking about Mazedudeâ€™s upcoming release thatâ€™s going to be downright ridiculous. If you donâ€™t know who Mazedude is, chances are that you probably live under a rock. With over fifty outstanding remixes, Chris â€œMazedudeâ€ Getman stands as one of the most popular composers on OverClocked ReMix. His 2005 debut album, American Dreams, has garnered attention from well-established talents such as Jeremy Soule, Jack Wall, Peter McConnell, and Doom lead designer John Romero. Breaking out of his seven-year hiatus, Mazedudeâ€™s newest follow-up American Pixels is definitely going to wreck 2012.

In honor of his long-awaited follow up, Mazedude has just released an amazing pre-order bonus EP entitled Star Spangled Chips that underlines his progressive talent as both a composer and remixer; like his last album, this EP exclusively covers American arrangements from Myst IV: Revelation, Medal of Honor, Bioshock, and Grim Fandango. While this album has been slated for a 2012 release, you should pre-order your copy of American Pixels to get your hands on pure win.