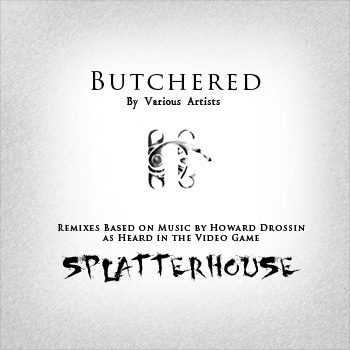 Thanks to a tip from the amazing Jeriaska of the VGM-based community Nobuooo, we’ve been on a huge Howard Drossin kick lately. I mean, come on â€“ what is there not to like about this man’s talent? Known for his seemingly random (albeit kickass) collaborations with top honchos like jazz composer Terence Blanchard and hip-hop producer RZA, Drossin is especially known in the VGM scene for his continued participation in the Sonic franchise over the years along with an impressive number of other notable scores as Sega’s former music director. If that doesn’t spark your fancy, the fact that Drossin’s work has been subjected asÂ  one of the best OverClocked Remix albums of 2006 definitely should.

Anyway, enough fanboy talk. Even with his limited involvement within the video game industry lately, Drossin has done it again and released not one, but THREE amazing albums on Bandcamp. What really stands out for us, however, is Drossin’s open invitation for other independent game score composers to ‘butcher’ his music from the 2010 Splatterhouse remake. Appropriately titled Butchered by Various Artists, this remix album features several notable musicians like Chris Geehan, winner of Microsoft’s ‘Dream.Build.Play’ Challenge and Crashfaster, composer of the incredibly addictive Knifetank series. Independent Games Festival nominee Mattias HaÌˆggstroÌˆm Gerdt and â€œMake Something RADDâ€ winner Tony Dickinson also make an epic appearance on the release.Â  In other words, brace yourself for free impressive remixing goodness. Yes, this album also happens to be obtainable forÂ  free download. What are you waiting for?

Butchered by Various Artists as well as Drossin’s other phenomenal Splatterhouse albums (here and here) are available on Bandcamp now for download. Congratulations to everyone involved in the album, as well as Jeriaska for his own involvement in such an inspiring project.