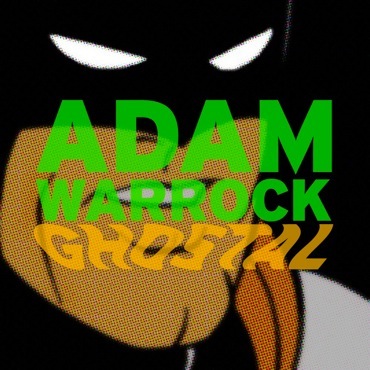 Hey there. Adam WarRock here, again. The guy that made that Browncoats Mixtape thing, or the Parks & Rec EP thing, or I dunno, that guy who hates mayonnaise. I just finished a month and a half straight of traveling, and I got on this kick of watching old Adult Swim shows to fall asleep, when I was in hotel rooms or curled up on someoneâ€™s couch or sleeping in a dumpster (finding dumpsters near AC adapters…. The worst). Itâ€™s funny, because I think ever since Adult Swim was ubiquitous in the geeky scene, itâ€™s always been a weird comfort in every phase of my life, from college, to grad school, to work, and now, to touring as a musician. So I just spun a few tracks off of Space Ghost: Coast to Coast, and wanted to make a little homage to Williams Street, for being that kind of comfort. Thanks guys. You rock.

We were pretty worried that his recent return from tour would hinder this release from being as rad as the recentÂ You Dare Call That Thing Human?!? album release, but weÂ have to say… WarRock absolutely kills it once more with his seamless lyricism, especially punctuated by insane, head-bobbin’ tracks like “Full Brak” and “Williams St.”. If you haven’t had the pleasure of listening to any of the amazing production quality that this awesome emcee is known for, we suggest downloading Ghostal EP immediately (it’s free!).