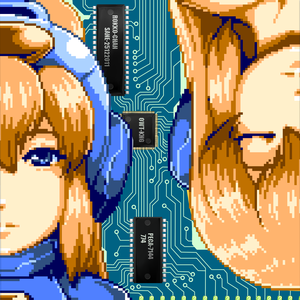 If there was a female version of Mega Man, what would her name be trademarked as? Mega WoMan? Mega Girl? How about Rokko Chan?Â If you don’t know whatÂ Rokko ChanÂ is, you’re in for aÂ treatÂ with thisÂ Mega Man-inspired Flash game.Â Nubuwo, one of the best video game music news sites on the ‘Net (besides us, of course), has just teamed up withÂ independentÂ developerÂ King Soukutu to formally release the incredibleÂ Rokko Chan Soundtracks:Â

Nubuwo has partnered with independent developer King Soukutu on the publication of Rokko Chan Soundtracks. The designers ofThe Big Adventure of Owata’s LifeÂ andÂ Rokko ChanÂ will be overseeing the project, together with the organizers of music compilations Hydorah Arranged Tracks and Splatterhouse: Butchered by Various Artists.

The music collection is scheduled to include the Famicom-inspired score to browser-based Flash gameÂ Rokko Chan, written using PxTone Collage software and composed by Hokkaido-based musician Asagen. New chip music remixes by various artists are also planned for the release, in addition to arrangements in miscellaneous genres.

TheÂ Rokko Chan Soundtracks will be outÂ on Bandcamp on July 4th in a convenient “pay what you want” format. Be sure to check back here within the month, as participating arrangers will also be announced soon.