Especially since we’ve called Black MateriaÂ one of the bestÂ Final Fantasy VII tributes out there, there should beÂ no wonder that we’re huge fans of Phoenix-based rapper Random. Yes, we’ve probably spoken about him multiple times to the point of rambling like a prepubescent girl would her favorite movie star, but can you blame us? Random’s wonderful work on Black MateriaÂ shows that he can still appeal to a universal audience outside of the video gameÂ community, which may be seen as a great feat when discussing the inclusivity of the general public in such a tight-knit community.

Speaking of Black Materia, you’re in for a delicious treat. AÂ full year after the original album’s release,Â Random’sÂ Black Materia: RemixesÂ featuringÂ additional guests, rearranged songs, and exclusive remastered content is scheduled to be made availableÂ next Tuesday, January 31st. All production has been once again handled by Lost Perception, in addition toÂ DJ DN3, and mixing and mastering by K-Murdock. There are at least three all-new tracks, with one featuring Adam Warrock.Â While you preview one of Random’s newest songs from the upcomingÂ Remixes album below, we suggest that you pre-orderÂ Black Materia: The RemixesÂ on Bandcamp, obtainableÂ for a mere five dollars. 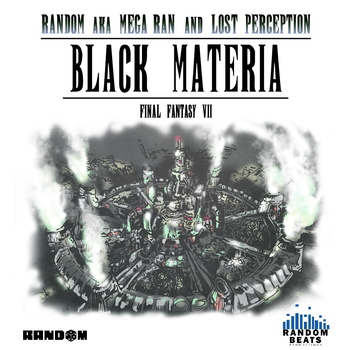