Remember theÂ Rhythm Heaven Fever launch event in Los Angeles that we talked about a few weeks back? If you don’tÂ live near the Los Angeles area,Â we just wanted to show you a quick clip of the Rhythm Heaven FeverÂ celebration that servedÂ an exclusive promotion for the game’s release last week. As the third release in the Rhythm Heaven series, the game features various levels with their own set of rules, requiring the player to play in time to the rhythm in order to clear them.Â iam8bit founder John M. Gibson also makes a cameo in the video, aptly describing the soiree in full details for those who missed out. Check out the clips above for extensive coverage of the event to catch a glimpse of how Los Angeles nerd enthusiasts like to party! 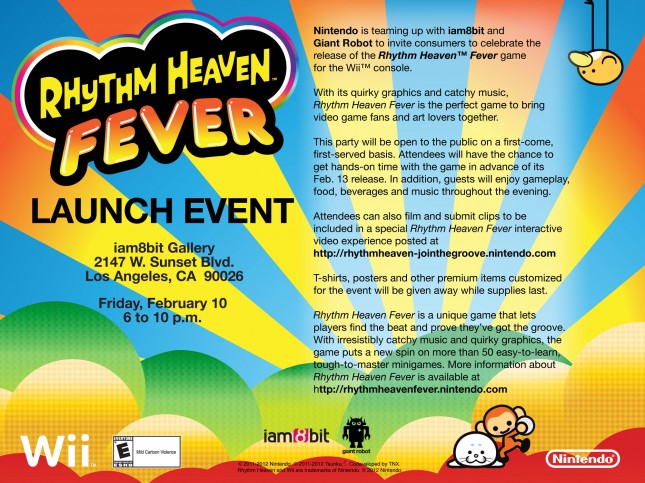