The trailer for the 2012 Sundance Film Festival Official Selection Indie Game: The Movie has us going on.Â Featuring compelling stories from a myriad of top indie game designers like Â Edmund McMillen and Tommy Refenes (Super Meat Boy), Phil Fish (FEZ), and Jonathan Blow (Braid), the documentary itself captures the painstaking experiences of what being a independent artist truly means in a dying trade that sacrifices creativity for wealth within the twenty-first century. From passing glimpses of the film trailer, Indie Game: The Movie seems to pose and answer crucial questions about the video game industry, especially with regards to the hardships and implications of Â interactive art within independent video games.

Largely funded through variousÂ successful Kickstarter campaigns, the film has been chiefly supported by the online community and responses have been overwhelming. First-time filmmaking duoÂ James Swirsky andÂ Lisanne Pajot have worked on this project for over a year to gather stories from indie game developers around North America in a great attempt to encapsulate what it means to “express oneself through a game”. We seem to think this attempt is quite successful, as the cinematography and film score by Canadian composer Jim GunthrieÂ (preview his wonderful work here)Â we have previewed thus far proves to be incredibly breathtaking to both visual and aural senses.

While you can currently request screenings in your city, Indie Game: The Movie is available for preorder nowÂ on DVD and digital copy.

You may recall a previous post that about Chris “Mazedude” Getman‘s astonishing bonus EPÂ Star-Spangled ChipsÂ last year. You may also recall that Mazedude’s EP was only available to those who who pre-ordered his upcoming album which honors two discs worth of timeless American composers and arrangements from popular titles such as Bioshock, Dante’s Inferno, Super Meat Boy, Civilization IV, Diablo, and much more.

Although American Pixels is not slated to come out until later this year,Â Mazedude has just released the more-than-outstanding Star Spangled Chips EP on his Bandcamp page. This is probably a winning choice for those who want to preview Mr. Getman’s incredibly enterprising talents as both a musician and composer. We cannot stress enough how stoked we are for the future Mazedude release — preview Star Spangled Chips here if you dare. 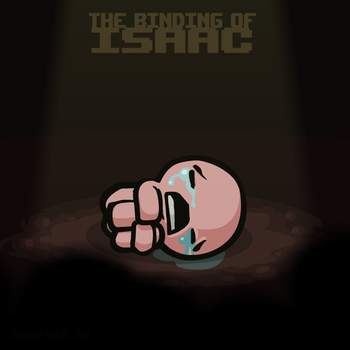 Composer extraordinaire Danny Baranowsky, also known as DannyB, has just released a new song for Super Meat Boy co-creator Edmund McMillenâ€™s upcoming game, The Binding of Isaac. As his first non-Team Meat project, McMillenâ€™s new shooter has been described as a interesting cross between the Legend of Zelda series, the Bible, and Satanism. Two words: absolutely stoked. With an awesome industrial score to be expected from DannyB, weâ€™re pumped for forthcoming release of The Binding of Isaac, coming to Steam next month!

Although the official soundtrack is still in progress, check out DannyBâ€™s new song â€œSacrificialâ€ for The Binding of Isaac right here.