Garnering over 3,000 subscribers and 359,800 video views in under a year with only six videos , the Super Guitar Bros. have been making headway with their amazing video game covers. Little is known about their background in music except formal training in classical guitar, but all we really care about is that bothÂ Steven Poissant andÂ Sam Griffin take their sessions seriously and really know how to put on a captivating show.

The “Final Fantasy – Medley” video Â by Super Guitar Bros. is definitely a great example of how the pair work to complement each other in an almost ethereal manner, carefully arranging iconic songs such as “Chocobo Theme” and “The Prelude” to include a heavy air of nostalgia that is surely not to be missed.Â Armed with steel and nylon string guitars, these bros (and no, they’re not related) will make you think twice about all those bad YouTube covers you thought you listened through already. 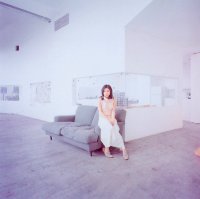 We just got our hands on London-based Sabrina Valenzuelaâ€™sÂ  adorable cover of Utada Hikaruâ€™s â€œSimple and Cleanâ€ with a wonderful accompaniment from YouTube pianist, Alex Peniera. As a self-declared video game fan, Sabrinaâ€™s skill as a vocalist shines through, carefully integrating sentimental emotion and passion into one of Square Enixâ€™s most popular theme songs.Â  Valenzuela has explicitly utilized her YouTube channel as a means of working to â€œbecome a better singer and songwriterâ€. However, we definitely have to applaud this lovely twenty-one year old YouTube songstress on her absolutely gorgeous voice and continued journey as a soloist.

P.S. Weâ€™ve been thinking about implementing a â€˜Quick Lookâ€™ series with videos and featured songs to ThaSauce to introduce emerging artists and musical twists within the VGM scene. While weâ€™re also on this topic, I want to know what readers would like to see more of. What do you guys think? Shoot me an e-mail at [email protected]t and let me know!

So by now you should know why you, as a musician especially, should have a YouTube Profile, you know how to optimize your videos and music for YouTube, but there’s one more thing missing: How to optimize your profile itself. There’s not TOO much you can do with your YouTube profile as far as optimization goes, but it’s a goodÂ opportunityÂ to talk a little bit about yourself, get some links out there, and direct users to other outlets such as Facebook, twitter, your personal website, etc.Â The absolute best example I can give for this is OverClocked ReMix’s YouTube Profile.

Some important things to remember are:

That’s really all I have. As I said, there’s not too much you can do, but there are steps you can take. I can’t emphasize enough that you should text every stop possible. Every little bit helps. As always, any questions or suggestions, just leave a comment, and I’ll catch you next week.

Update: This week we’re going to talk about YouTube, however there have been some important changes in Facebook since the last 2 weeks and I wanted to fill everyone in on those first. First of all, Bing is now using the Facebook API to show what your friends have liked within their searches. What does this mean? Well, Bing has been having a growing in relevance as far as web exposure recently, and this is a huge step towards making it a real competitor to Google. Two weeks ago I talked about how Facebook’s biggest draw is that people are more likely to be interested in what others in their social circle are interested in. By leverage the “Like” data from Facebook, Bing can now theoretically become the most powerful tool for finding searches relevant to your interests. I say theoretically because, despite their pretty video explaining everything, I’ve yet to actually find a search that actually displays Like information. More information on that as it becomes available, but again I absolutely can not stress enough how increasingly important it is to have a Facebook presence.

Additionally: Remember all that stuff I said about setting up an engaging Facebook Page for musicians and using FBML to make a nice custom landing page? Throw that out the window. The new hotness is setting up your landing page using iFrames. Mashable explains it in length better than I could, but to summarize: By using iFrames now for your Facebook Page landing page you can nowÂ utilizesÂ languages like PHP, ASP, JavaScript, etc, to give your page some dynamic content. You can still use FBML to make an engaging and effective landing page, but for those who know how to use it the ability to be able to use iFrame to deliver data is incredible.

In just 2 weeks things that I have talked about have changed pretty drastically from a marketing perspective. The internet, Google, Facebook, Microsoft, all change like the wind, and can get difficult to keep up with, and that’s absolutely why I write Just the Tips.

So back on track:

So immediately I’m going to give you a pretty powerful stat: What do you think the 2nd most powerful search engine on the internet is? Bing? Yahoo? Facebook? Well you can probably guess by the context: It’s YouTube. Not only that, but Google now embeds YouTube search right into it’s dynamic search. That’s pretty incredible stuff if you’re looking to get exposure. By why is it especially important to musicians?

So there you have it. As mentioned about, in the weeks following I’ll be explaining how to optimize your videos themselves, your profile, your titles, tags, and descriptions. I’ll also go over some other ways to drive traffic to your profile, and get yourself some more exposure: namely covers. Pretty huge, but that’s for another time!