Jay Pavlina will be a very special guest on Nitro Game Injection this Sunday, January 29th! Jay is a filmmaker, musician, andÂ the developmental genius behind theÂ Flash game that makes gamer dreams come true,Â Super Mario Bros. Crossover.Â Heâ€™ll be joining the NGI crew to talk about theÂ mindblowing new game updateÂ coming soon, as well as sharing more details behind development of the game, as well as other projects that heâ€™s working on with his production companyÂ Exploding Rabbit. You donâ€™t want to miss this!

Covering extensive discussion on the game music scene, NGI began in early 2003 as a live webcast and has expanded into the ultimate VGM discussion podcast that covers original soundtracks, chiptunes, covers, and more. HostedÂ by Kyle â€œKyleJCrbâ€ Crouse, Larry â€œLiontamerâ€ Oji, and N. â€œSuraidaâ€ Carbo, Nitro Game InjectionÂ has exclusively partnered withÂ Arecibo RadioÂ to bring the show back to a live audience, so be sure to tune in every Sunday at 5 PM EST if you’re looking to get your weekly VGM fix. 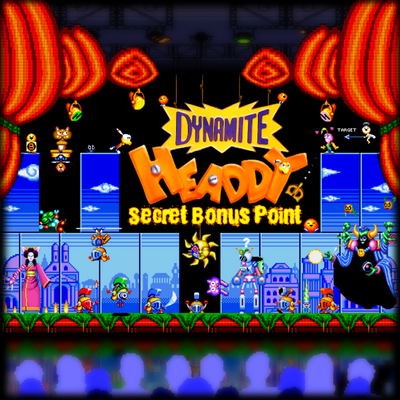 Yeah, yeah. We know that we’ve been dropping the ball lately. Blame it on delicious, tasty beer and the Ico/SOTC Collection drop (it’s great!). But that doesn’t mean we don’t care about the arrangement community! We just received word that ThaSauce alum Dj Mokram, has recently released a free album:

Secret Bonus Point is a tribute album to Dynamite Headdy, a sidescroller-platforming/shooting game developed by Treasure Co. Ltd. and published by SEGA for the Genesis/Mega Drive in 1994. Featuring 26 arrangements in a variety of styles by 14 artists, SBP pays homage to the soundtrack composed by NazoÂ² Unit (Katsuhiko Suzuki, Norio Hanzawa, Aki Hata, Koji Yamada and Yasuko). The album is divided into 4 chapters, reenacting the story of Headdy and his friends, fighting for their beliefs against the evil Dark Demon King, in order to save the Puppet Kingdom from its oppressive ruler.

Secret Bonus Point was born as a response to this remix request. You can learn more about it and download the album for free at: http://dhsbp.kngi.org.

With a quick listen and garnered feedback, we have a sneaking suspicion that Secret Bonus Point is pretty epic. Peep the trailer above or head over here for more information on Dj Mokram’s fantastic project. Give it a try if you daaaaare.