The album spans multiple genres at around a 70 minute runtime, including 130 bpm electro house like this track, old school prog house, experimental dubstep, ambient works, and includes most of the track IDs I’ve been playing out/putting in sets here on SC.

If you enjoyed the track, you can buy Nostalgiarithm on Bandcamp, as well as check out his remixes on OCRemix. 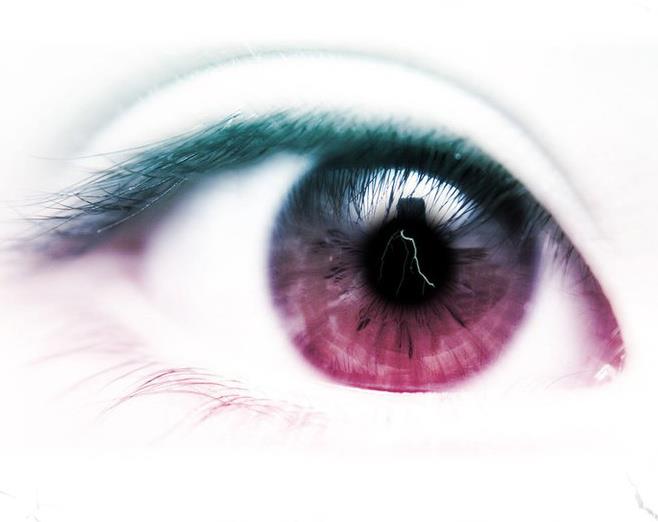 Anyone who’s used FL Studio in the past year or so should probably recognize this song. Made by producer, composer, and sound designer extraordinaire Andrew Aversa, aliasÂ zircon, and featuring the gorgeous vocals of his wife Jillian, “Just Hold On” is the demo song in FL Studio 10. I decided to take it warp it into more of a hip-hop/trancey number. This is what I came up with–enjoy!

If you like what you hear, you can also download “Just Hold On (Flexstyle’s Chilloniq Mix)” for free here.Â Â Check out more of what we think are some great electronic tracks fromÂ Flexstyle on hisÂ Soundcloud. 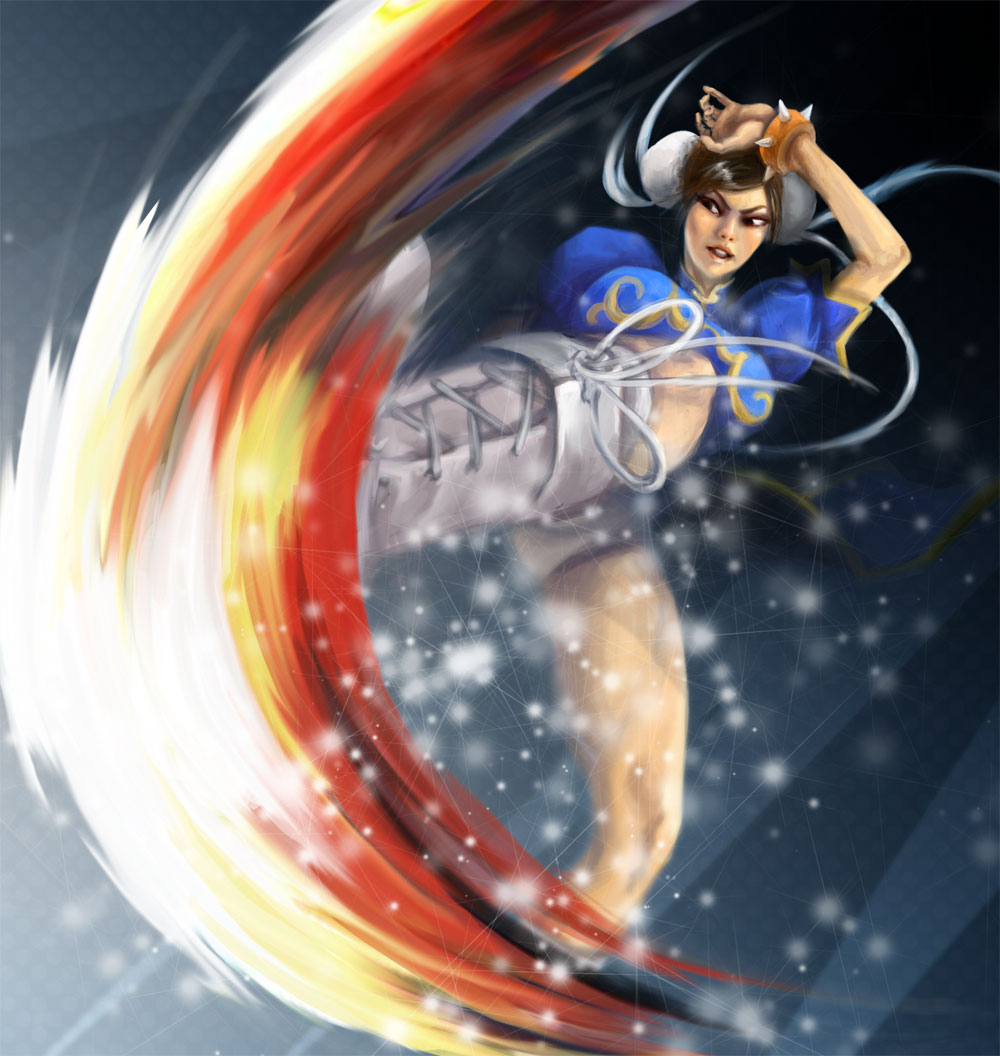 Like them womp womps? We definitely do when not overdone. This week’s Sound Bytes features yet another unassuming hard-hitter from Dj Roborob with his tribute to one of the leggiest women in gaming history, Chun Li. Just a warning though… hit the brief drop and frenetic wobbles may send your headphones/speakers/ears into a fantastic rhythmic frenzy for awhile. Listen at your own discretion!

Originally experimenting with chip music and eventually progressing through various genres such as house and dubstep, Dj Roborob is no stranger to mixing scene. You can hear more of his fantastic mixes on both Bandcamp and Soundcloud.

Yeah, yeah. We’re huge Dj CUTMAN fans here at ThaSauce. But can you blame us? With his charismatic presence on-stage, rad live sets that mash up everything from dubstep to hip-hop to chiptunes,Â and extensive knowledge of the video game music (or even electonic music overall, to which we entertain ourselves with his frequentÂ Facebook updates), Dj CUTMAN really has us going on. This time around, this captivating DJ takes his proficient skills in audio engineering up a notch to remix music from the NES platform Little Nemo: The Dream Master. “Transformation (Little Nemo)” is an intriguing yet nostalgic take on Junko Tamiya’s classic work, adding a more upbeat, house-y vibe that just begs for some rhythmical head-bobbing while listening.

Check out his Soundcloud page to get your quick fix of more Dj CUTMAN goodness. Not enough?Â For more catchy tunes, you can also explore more similar styles of music on his newly established game music and chiptune netlabel, Gamechops.

We really can’t say much about the new ‘chippage’ that beek has released, except that we expect nothing less from this chiptune veteran. While we’ve praised his recent work before, beek stylishly hones his own retro influences and alters the chip genre to be something everyone can enjoy without discrimination. Â Peep his peppy, fun new tune above. “Kip’s Isle” is available to download for free right here.

Here at ThaSauce, we’ve been fans of creating and destroying decadent pixellated block worlds since 2009. But we’re even bigger fans of the aural pleasures that Joshua Morse tends to induce on us lowly humans who are only capable of discerning what good VGM music is while tirelessly mining for ore and crafting cool new blocks that make our castles that much better. If you are confused about which Minecraft Servers to play on, you can check out here to choose your favorite server from the variety of Minecraft categories.

To celebrate Joshua Morse’s latest album Waveform 3, to be released on April 24th, we have included a lovely arrangement from the indie sandbox phenomenonÂ Minecraft that has sweeped the world by storm one block at a time. Morse’s take on C418’s original”Subwoofer Lullaby” tends to inspire a more upbeat mood of relaxation and tranquility, yet maintains further dramatic interpretation at 1:33 of the serenity that C418 tends to stick with throughout. Overall, very much an enjoyable adaptation of one of Minecraft‘s more sought-after tracks.

While we’ve embedded the albumÂ above to give you a quick preview,Â Indie Mashup EP: Sharing is Caring is available exclusively on Game Music BundleÂ in a Pay-What-You-Want format.

Along with his illustrious credentials as the monumentalÂ guitaristÂ inÂ not one, but two, of the most popular bands in VGM history,Â Daniel Behrens has made quite a name for himself. This reputation may be punctuated by the fact that Behrens’ solo work asÂ Danimal Cannon,Â withÂ his latest albumÂ Roots,Â has takenÂ the VGM community by storm. This may prove one of two things:Â Danimal Cannon is incredibly talented artist orÂ Danimal CannonÂ is actually a Norse god sent down by the heavens to teach us the ways of both epic shredding andÂ chiptunes indelibly made into a staunchÂ configurationÂ of a human being. While I would agree with the former, Danimal Cannon’s “Roots (IRL Mix)” may have most acquiesce to the latter. “Roots (IRL Mix)” takes orchestral metal to the next level, proving that Daniel Behrens is indeed a metal Thor incarnate.

Peep his latest song above and let us know what you think.Â While you can cop Roots for a mere ten dollars, Danimal Cannon’s “Roots (IRL Mix)” is available for free on Bandcamp.

Okay, so we might have a habit of hyping up NYC-based remixer and piano prodigy Sam Ascher-Weiss, also known by the moniker Shnabubula. But can you blame us? With over 1,200 subscribers and over 326,000 views on YouTube now, Shnabubulaâ€™s reputation for piano improvisation and insane productivity still cannot be denied.

Even with his wonderful Free Play album recently released (which you can preview all for free on his Youtube page),Â Shnabubula has just put out a new teaser for yet another upcoming albumÂ to be released in March, featuringÂ music covers that will only utilize live piano and NES/Famicon samples. We are happy to report that if this teaser is a just sign of things to come, NES JamzÂ  will absolutely be off the hook. In this video, Mr. Ascher-Weiss really shows off his talent with some good ol’-fashioned Double Dragon. We seriously implore you to give this video a quick listen and see, truly, what the hype is all about.

If you haven’t heard the orchestral works of Blake Robinson, you’re in for a special treat. Self-described as a “nerd for hire”, Blake Robinson may be seen as a true jack-of-all-trades. While maintaining his chief occupation as a game developer at both Electronic Arts and Outplay Entertainment, Mr. Robinson spends most of his free time freelanceÂ composing for several high-profile indie games. However, we just couldn’t resist not showing you how utterly epic his work can truly be.

We would say that Mr. Robinson has a history of taking old video game compositions and making spectacular orchestral arrangements. The Elder Scrolls III:Â Morrowind theme is the first time the modern Elder ScrollsÂ series was heard, and to anyone familiar with the game it is particularly memorable. Jeremy Soule’s original title theme vivaciously captures the spirit of adventure that immerses you a foreign world the moment you enter the game.Â Over the years, the theme has gone through a number of changes, some of the most drastic of which can be heard in the Skyrim version, but to this day the Morrowind version still stands on it’s own. This arrangement captures that atmosphere and feeling that just hasn’t been felt again since the original Morrowind, despite how amazingÂ The Elder Scrolls V:Â Skyrim’s soundtrack is.

You can preview more of his work on The Blake Robinson Synthetic Orchestra, a newly formed collection of his orchestral music, covers, and remixes.Â We truly applaud Mr. Robinson for going above and beyond most of his orchestrated pieces and invite you to experience the awe of such an extraordinary piece.

Sound BytesÂ is a recent feature to ThaSauce that focuses on showcasing exemplary VGM songs that we find to be more than exceptional. Want to send us some songs that can be featured on Sound Bytes? Shoot an e-mail to [email protected]