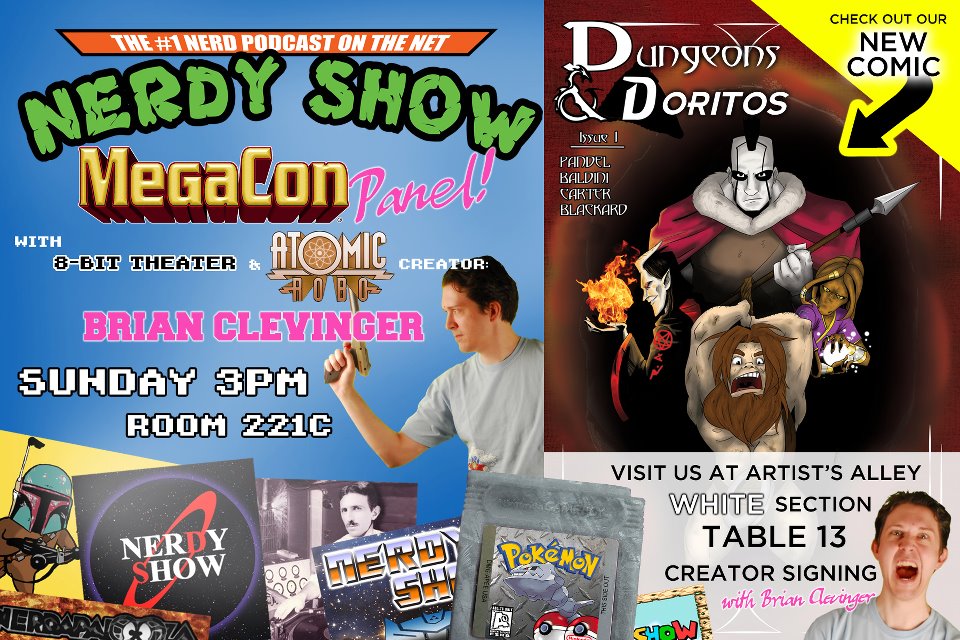 We’ve just received word that the folks behind Nerdy Show, one of our favorite podcasts for nerd culture & general interweb shenanigans, will be present at this year’s MegaCon in Orlando, FL to raise money for a charity dedicated to Triforce Mike’s memory:

If you are attending MegaCon this weekend, stop by & say hi to the A Comic Shop crew at the Nerdy Show table in Artist Alley, white section, table 13. We’ll have Triforce Mike’s new comic Dungeons & Doritos #1 and his tribute T-Shirts available for sale to raise money for the charity started in his memory. Hope to see lots of friendly faces there!

As one of the largest sci-fi and comic book conventions in Orlando, MegaCon 2012 will commence this Friday, February 17th through Sunday, February 19th.Â Special guest Brian Clevinger, the mastermind behind popular webcomic 8-Bit Theater and the Eisner-nominated Atomic Robo, will also be present at Nerdy Show’s MegaCon Panel this Sunday in Room 221C at 3 PM.Â If you happen to be interested in attending MegaCon, one-day and three-day tickets are available on-site for $25 and $60, respectively. 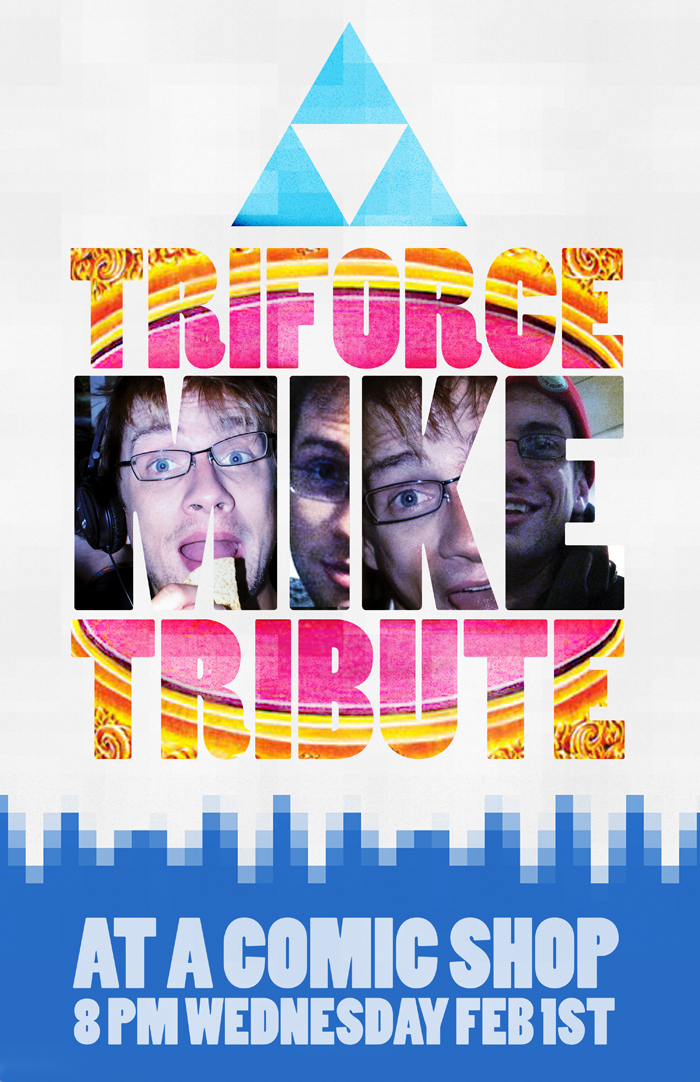