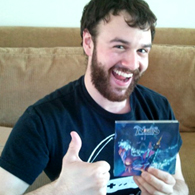 OverClocked ReMix has just released a trailer for highly anticipated project NiGHTS: Lucid Dreaming. Officially available to download for FREE through OC Remixâ€™s website on July 5th, the NiGHTS project came into fruition as a tribute to the Sega Saturn classic to celebrate the fifteenth anniversary of the gameâ€™s release in 1996.

Through the directive lead and creative talent Stevo “Level 99” Bortz, NiGHTS has been said to include notable names such as Dj Mokrom, Sixto, OA, DragonAvenger, Â and more. Described to induce â€œlucid levels of awesomenessâ€, NiGHTS: Lucid Dreaming will definitely be a sure hit to start off the summer.