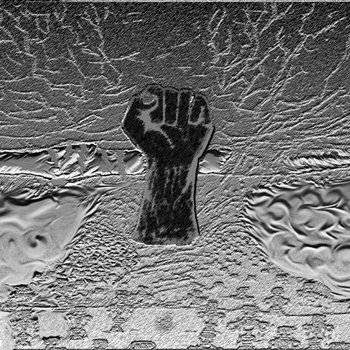 And now, with her inevitable return to the realm of reviewing, it’s Taylor Brown, alias Mirby!! Ahem. DjjD, alias Jakesnke17, he of the perfect end quotes, asked me to review his upcoming album for him. This would be okay, if it weren’t for the fact that he asked me back in February. It’s June now, and after a couple of months sans headphones, a vital device in my trade, I’m fully equipped and ready to clear the backlog of albums that came out in the intervening time. First up, it’s the truly long awaited review of DjjD’s album, Uprising!!

1. “Upon The Edge” 3:04
Starts out pretty nice. Nice rhythm, and some distortion comes in at about 0:15. I can’t help but groove to this song, and I’m not even a minute in yet! I hope the rest of this album is this epic. Slight slowdown at about 1:17. Rhythm returns at 1:45 or so. Some new melody comes in at about 2:22. Slowdown at 2:44 to prepare for the end twenty seconds later.

3. “As Time Goes By…” 4:18
Nice echoing effects used here for the intro. Some humming comes in at about 0:15, more instrumentation at 0:30. Drums at 0:50 or so. Calms down at about 1:20. Some instrumentation returns at 1:48 or so. This is a beautiful track right here. Drums return at 2:13. The backing tracks complement the main part so well. Another slight breakdown at about 2:58, only to build back up slowly starting at 3:10 or so. Not by much though, as the final minute is quite mellow.

6. “Brazil (Snkermx)” 3:23
Solid drums, and the main melody really takes effect at 0:38 or so. Small breakdown at about 1:08. This track jumps around a bit between heavyÂ  backing beats and nothing there at all. There’s also a melody strongly reminiscent of Metal Man’s Stage throughout. Slow fadeout starting at 3:06 until the end.

10. “All Robots Destroyed” 2:25
I was expecting a Mega Man game clear jingle, to be honest. Instead, there’s a track with an industrial jungle feel to it. Main melody at 0:31 or so. Some backing ambience at 0:48 really rounds out the soundscape, giving it a nice rich sound. Slight breakdown at 1:44, heralding the impending finale. Which starts at 2:04, with fading.

11. “Club Named – Chill” 1:48
And now for the shortest track on the disc. This is a very calm, chill track, as one would expect from the title. Some percussion at 0:54. More backing ambience at 1:10 or so. Slowly ends for the last ten seconds.

12. “The Storm is Rising…” 3:00
Hard beats here kick this track off. These are some heavy drums! The storm must be rising because of this rain dance here. Some ambience at 0:54 builds up slowly, and the drums lose volume at 1:03 or so. This is a very ominous-sounding track. I’m visualizing some people going to kill some other people in a thunderstorm right now due to this track. More instrumentation at 1:47. Very intense sounding. Returns to the percussive start at 2:25, and continues until the end.

14. “Deserted” 3:13
This song sounds very nice. I’m enjoying the instruments chosen for this. After the base is laid down, some melody comes in at 0:55 or so. If I was ever deserted somewhere isolated, I’d want this song to play mysteriously out of thin air. As background music. Breakdown at about 1:58. It all returns at 2:12 or so. The framework for the final seconds is set down at 3:01.

15. “Unknown Path” 2:52
Is the unknown path that fabled left turn at Alberquerque? Nice melody to start with here. Some orchestration at 0:32. This song just builds up, until 1:10, when it really begins. The percussion in this track is nice. More orchestration at 1:52. I don’t even know if orchestration is a word, but if not then it totally is now. The end begins at 2:10 or so, and slowly builds up until 2:36 when it all comes crashing down.

16. “Serene Chaos” 3:06
This sure starts out serene, but where’s the chaotic scramble of dissonance? Instruments kick in at 0:42. Sounds like something’s coming later in this song, the way the orchestration is building up. It slows down at 2:09 or so, but it still has a sense of something impending. Okay, I am dissapoint. There was no chaos in that song! REFUND! I DEMAND A RE-oh, wait. I didn’t pay for this because DjjD sent it to me. Next song!

17. “Forest of Life” 3:43
This has a nice natural feel to it. Some melodious chiming starts the song off, with orchestration at 0:20. Slight breakdown at 0:58 or so. It’s a true breakdown at 1:38, when the notes themselves become choppy, and are replaced by their 8-bit equivalents!! Talk about a downgrade, but in this case I think it’s a real boon. Chiptunes make everything better! And happier too! 2:35 kicks the instrumental bits right back up to their full-fledged selves. It starts to fade out at 3:36.

19. “Driven (Remix)” Â Â  4:51
Wait, my media player lists this as by Geeky Stoner! No matter, I’ll review it the same. It’s a nice track, with a solid beat which really kicks in with extra percussion at 0:32. Slight breakdown at 1:04. Speaking of geeky stoners, I know quite a few of them. Myself included, heh. Slight change-up at 1:20. Make that a chippy change-up. Another breakdown at 2:25 or so. Some melody returns at 2:45 or so. It explodes with more distorted effects around the 3:15 mark. And quiets down at 3:45. Beeping at 3:54, and percussion at 4:00. This just marks what become the eventual fade at 4:40, which isolates the beeps for the finale.

20. “Think ‘Bout It” Â Â  1:59
CHIPTUNA!! Perfect for a bonus track, and the main melody is epic. You don’t even have to think ’bout it to know this. Okay, that was bad. Slight breakdown at 0:58 or so. Chippiness returns at 1:15 or so. This is the funnest song I’ve heard in a while, but the Pixel Perfect LP may change that. The final begins at 1:48 in much the same way as the previous track.

Well, it may have taken me a while to get around to this, but I think it was well worth the wait. I promise that after this, my reviews will be more timely and current. Anyways, this was a very well done album, with that surprise guest track by Geeky Stoner. The tracks are beautiful, and will surely find their way onto my MP3 player as they should to yours as well. Great work by DjjD, and Geeky Stoner as well for his track. The next course is a double helping of halc. Yep, it’s another double review, this time of halc’s Pixel Perfect LP, fitting since his EP was in the other double review, and his directorial debut with TheÂ Sound of Speed, OverClocked ReMix’s Sonic the Hedgehog album. Until then, game on!!